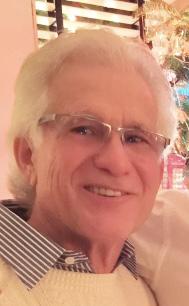 The Life of Dale Howard Scheller

Dale H. Scheller, 71, of Kutztown, died peacefully with his wife and three children by his side, on Tuesday, September 1, 2020, at the Cornerstone Living Memory Care Community in New Tripoli. He was the loving husband of Jane L. (Kozic) Scheller. They were married on September 23, 1972. Born and raised in Allentown, he was the son of Jean (Reese) Scheller, of Kempton, and the late Claude Scheller.

Dale worked as a painter and mechanic at Mack Trucks, Inc. for over 20 years in Macungie and as an engineer technician at the Mack Trucks, Inc. Test Center for over 10 years in Allentown. Dale also worked at Penske Truck Leasing in Green Hills. He also honorably and faithfully served our country in the United States Army from 1969 to 1975.

Although a man of many talents, what Dale loved most was working with his hands and spending simple moments with his wife, Jane, of 48 years, and their three children. Growing up, Dale was an avid softball player, car mechanic and motorcycle enthusiast, and loved spending time with Jane and their friends at local Allentown haunts, playing softball and designing and building custom motorcycles. As a husband and father, Dale was a devoted provider to his family and enjoyed working around the house, playing in the yard with his children and sharing solitary moments with his wife. Above all, Dale always remembered to laugh, joke and appreciate the simple things in life.

Services will be private at the convenience of the family.

The family requests contributions be made in Dale's memory to the Fisher Center for Alzheimer's Research Foundation, FDR Station, PO Box 220, New York, NY 10150, or online at https://www.alzinfo.org/donate/donation_form/.

Ludwick Funeral Homes, Inc., in Kutztown, is in charge of arrangemments. Memories and condolences may be shared at www.Ludwickfh.com.

Cousin Dale, many memories growing up together especially those Sundays spent at "Mammy & Pappy's" playing ball and shoooting pool. You were always a cool guy, easy going and well liked. You endured a lot these past couple of years. So sad to hear of your passing. Rest in Peace.

I was sorry to hear of Dale's passing.  I know it's been years since we last saw each other but I will always remember the times we spent with our grandparents at their house in Emmaus. I'm sure his brothers and dad were standing there with open arms ready to receive him.  God Bless and prayers for your family.  Pat (Reese/Carl)Breinich

So saddened to hear of Dale's passing .Dale and I spent six years in the army together. HE ran the M578 ,I the M88 tank retrievers. Dale was always good for a laugh.True funny story- on a Monday evening drill,Dale was asked by our section sergeant why his hair failed to meet current military standards .Dale's reply ''My barber died'' . Needless to say our section sergeant failed to appreciate the humor like we did . Therefore Dale was dismissed immediately with an unexcused absence!!