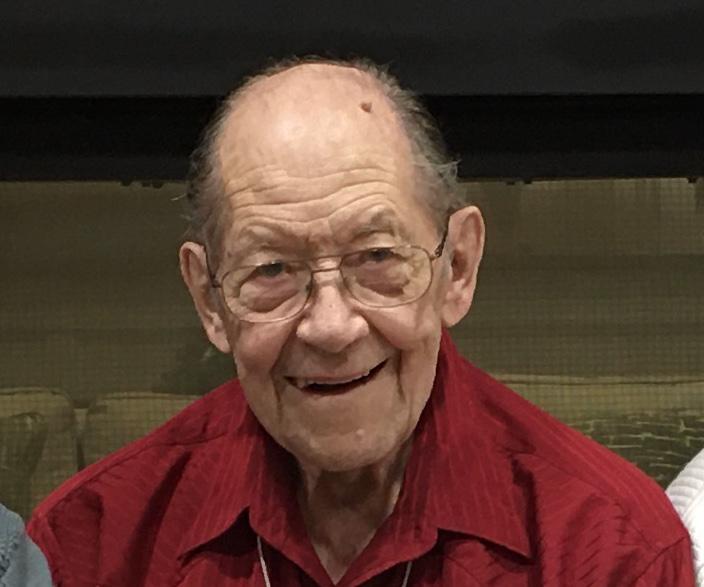 The Life of OLIVER CORDEAN PAYNE

Oliver Cordean Payne, 92, was welcomed into Heaven, Tuesday, July 28, 2020. Oliver died from a stroke that occurred Saturday afternoon, at The Bridges in Ankeny. Oliver was born, October 19, 1927 to parents Jess and Elizabeth Payne in Williston, North Dakota. The family moved to Des Moines when Oliver was a boy. Oliver remained in Des Moines and made his life here. As a young man he went to work for various produce companies and trucking firms in Des Moines. Oliver joined the Army and was stationed in Alaska, driving trucks, from 1950-1952.In 1953 he married Colleen Mae Thompson, she had 3 daughters, Phyllis, JoAnn and Janice. To this union were born 3 sons, Raymond, Ronald and Randy.After returning from his tour of service, Oliver began driving semi-trucks for Pulley Freight Line. He loved the solitude this offered him to pray and talk with God. He worked at PFL from 1954 until they closed in 1969. Oliver participated in Truck Rodeos put on yearly, by the trucker’s association. Oliver won several of these events and still has the trophies to show off. He then drove school bus for North Polk Schools, 1969 until 2006. He loved the kids he took to and from school, sports events, field trips and they loved him. Another passion was music. Oliver had numerous harmonicas and he was always ready to break one out and offer up a tune.Oliver loved God and preaching to others about being saved. He said many times, when God calls me home I will be ready to go and meet my maker. A great day for Oliver was sharing God’s word with people he encountered.Surviving family includes, Phyllis (Stan) McConnell, Indianola, Janice (Bill) Waggoner, Ankeny, Raymond Payne, Lake Havasu, Arizona, Randy Payne, Des Moines. Nine grandchildren, fifteen great-grandchildren and three great great-grandchildren. Sisters, Shirley Cunningham, Loretta Kirkman and several nieces and nephews.Oliver is preceded in death by his wife, Colleen; son, Ronald; daughter, JoAnn Porter; daughter-in-law, Becky Payne; his parents and brother, Dan Payne.Memorials can be directed to St. Jude’s Children’s Hospital.Private family only funeral services will be held at 10:00 a.m., on Wednesday, August 5, 2020, at Hamilton’s near Highland Memory Gardens, 121 NW 60th Ave., Des Moines. Burial will take place at Highland Memory Gardens Cemetery.