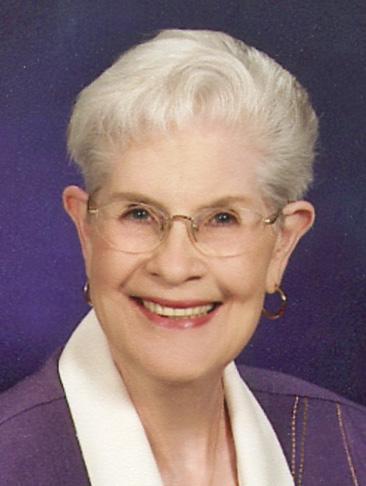 The Life of SANDRA JO ADAMS

Sandy Adams, 84, passed away on July 27, 2020, at The Gardens at Luther Park. She was born June 11, 1936, to Harold and Edith Peterson.Born and raised in Des Moines, Iowa, Sandy was a proud East High Alumni, graduating with the Class of 1954. She retired after dedicating 43 years to her career with the Department of Natural Resources where she served as the first female Bureau Chief.Sandy was an active member of Union Park United Methodist Church and the Red Hat Society. In retirement, she enjoyed traveling, quilting, and spending time with her family and loved ones, including her fellow East High graduates and retired state employees group. Sandy volunteered countless hours to Hope Ministries and was a universal blood donor, donating 103 times for a total of 12 gallons to those in need.Sandy is survived by her son, Michael (Colleen) Adams; step-sons, Douglas (Diane) Adams and Wendell (Sally) Piper; grandchildren, Kevin Adams and Emily Adams; step-grandchildren, Michelle (Adam) Fron, Matthew (Katelyn) Adams, Michael (Deni) Adams, Heidi (Kevin) Evans, Bambi Piper, Amy Leners, and Megan Leners; 9 step-great-grandchildren, as well as a host of other loving family and many special friends.She was preceded in death by her husband, Wayne Adams; her parents, Harold and Edith, and her aunt, Barbara Guthrie.Visitation will be held from 1-3 p.m. on Sunday, August 2, 2020, at Hamilton’s near Highland Memory Gardens, 121 NW 60th Avenue in Des Moines. Funeral services will begin at 12 p.m. on Monday, August 3, 2020, also at the funeral home.In lieu of flowers, memorial contributions may be directed to Union Park United Methodist Church, Hope Ministries, or the Animal Rescue League.