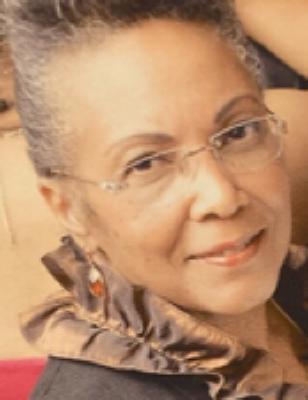 The Life of MARGARET MARY HARPER-ROBINSON

Margaret Mary Harper-Robinson was born Margaret Mary Hill in Pittsburgh, Pennsylvania on December 17, 1949. She was the second of three loving children born to the late Wallace and Dorothy Hill. Wallace and Dorothy, devout Catholics, raised Margaret as such, along with her older sister, Martha, and her younger brother, Ross.Margaret attended Holy Rosary School in Homewood from 1st through 8th grade. She went on to attend St. Augustine High School in Lawrenceville from which she graduated in 1967. After graduating, Margaret began working for Westinghouse Electric Company (now Bechtel Corporation) in Monroeville as an Administrative Assistant, where she worked faithfully and without interruption until her retirement at 62 years of age. Indeed, this would be the only job on Margaret’s resume.On May 9, 1982, Margaret gave birth to a son that she would name Damien Curtis Moore. Damien would go on to become Margaret’s life work, her pride and joy, and she did not hesitate to let you know how proud she was of her son. Margaret raised Damien as a single parent, yet she never asked for help and she never complained. More than anything, Margaret loved being a mom to Damien, as she considered him to be the greatest blessing in her life.In addition to her son, Margaret loved western movies, smooth jazz music, dancing, going for walks, her dog Moshee, babysitting & teaching children, movie matinees and Duke basketball. Margaret went on to find true love when she met Richard “Robbie” Robinson, who she ultimately married on October 13, 2012 in front of their friends and family.Margaret and Robbie worshipped Christ together at Mount Ararat Baptist Church, where they were both active and long-standing members. Margaret never allowed the grass to grow under her feet, she was always on the go. She and Robbie’s relationship included countless adventures, as they loved to attend jazz cruises & outdoor festivals, and they also loved boating and international travel. Margaret’s life-long dream was to travel Africa and she ultimately did so in 2015 when she and Robbie vacationed in South Africa and Zimbabwe. Margaret also traveled to Florence, Italy in 2018 where she was overjoyed to witness the marriage of her son, Damien and her daughter-in-law, Brooke Moore.Being a woman who loved to work, Margaret quickly grew bored in retirement and she eventually took a job at the Yeshiva Schools of Pittsburgh-Girls School in Point Breeze. Always loving an opportunity to teach, Margaret worked full-time at Yeshiva for 2 years. Upon being diagnosed with ALS, also known as Lou Gehrig’s Disease, she went part-timebefore eventually having to quit. Although she was able to defeat breast cancer twice, ALS was ultimately too much for her temporary body to bear.On June 25, 2020, Margaret departed this life for life eternal after a 3-year battle with ALS. She was preceded in death by her parents, grandmother Hattie Carter, grandfather Ross Hill and her uncle George Carter. She leaves behind to cherish her memory, her husband Richard Robinson, son Damien Moore, daughter-in-law Brooke Moore, sister Martha Camara, brother Ross Hill, granddaughter Lennox Harper Moore, niece Keisha Allen, nephew Raymond Gardner and a host of other relatives and friends who loved her dearly.

To send flowers to the family or plant a tree in memory of Margaret Mary Harper-Robinson please visit our Tribute Store.
Read More