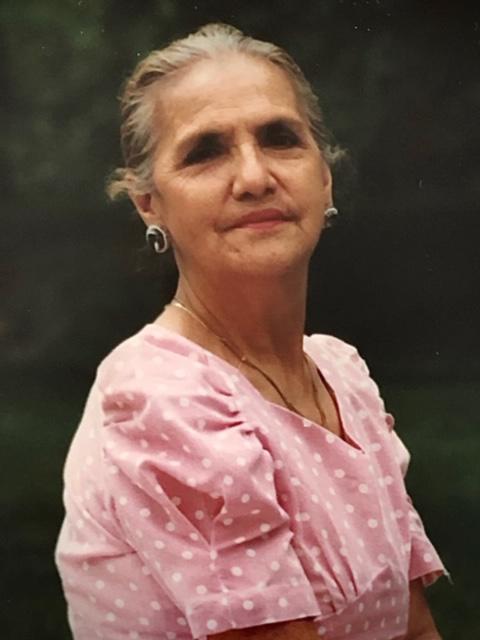 The Life of Maria Jimenez 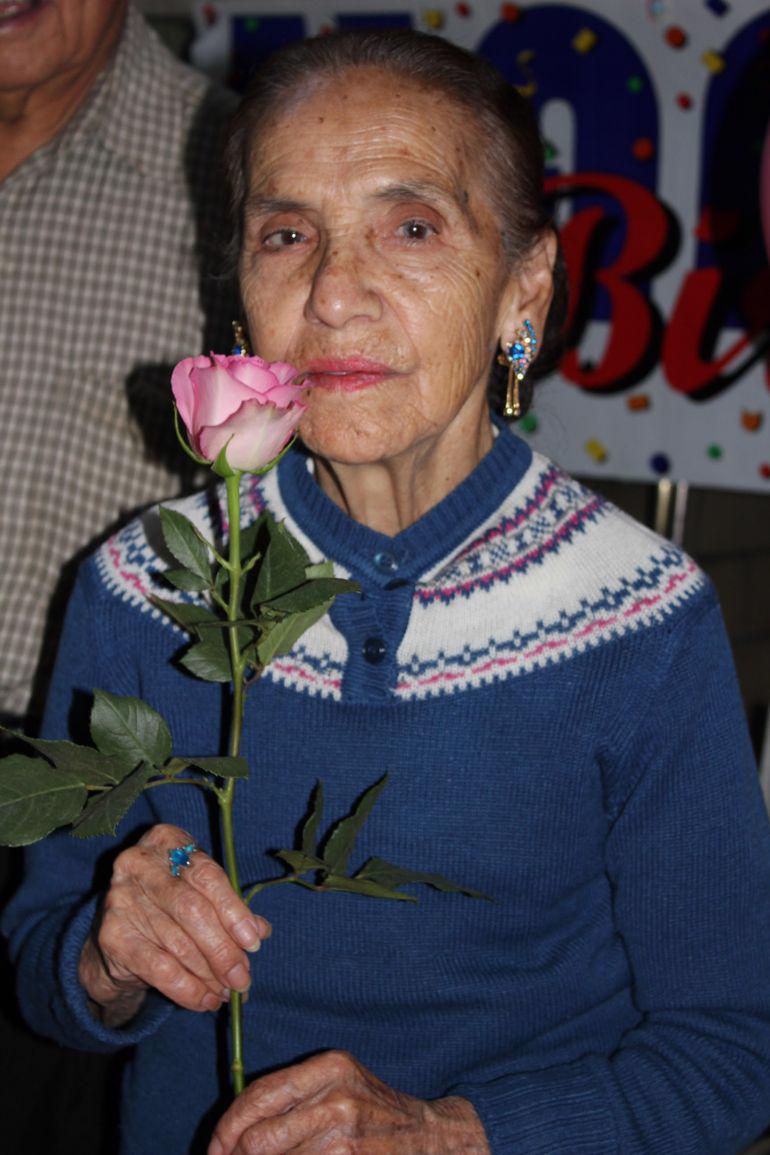 Abuelita passed away last night, Tuesday, June 23rd, 2020 around 8:15pm. I received a call from Dad shortly after, explaining that she had still been in a coma and breathing heavily, when all of a sudden she took a few last deep breaths and expired. She had fallen asleep on Sunday evening, slept all day Monday, and was still sleeping when I first heard from Dad on Tuesday at 11:00am. I had missed his call since I was preoccupied at work and my phone was on "do not disturb". I called him back at lunch time, only to find out that Abuelita had been in a coma and that it was best to try and visit her that same day if we could. I am really glad we got to see her one last time; Isabella and I talked to her and played her favorite classical piano piece, Fur Elise. I grieved deeply when I realized she might not wake up. Over the past year she seemed to become more distant and quiet, and it had become challenging to communicate with her.

I spent a lot of last night and this morning looking at a Google Photos album Dad had put together of Abuelita and the family over the past twenty or so years. This really helped me to remember what it was like to spend time with her. She was there at all of the significant milestones in our lives: first communions, graduations, birthdays, holidays and more. But more importantly, she was present at many of the moments that happen in between. The Abuelitos were often at our house and would help us clean, cook, play games, and watch movies. Often times it felt like we had to entertain them when they came over, but what if they were the ones that were really indulging us? I can't think of a single time when Abuelita refused to play cards or hangman with me. She was never really upset and always had a smile for us. Her warmth and playfulness is something that I never want to forget. She was also a great storyteller; her stories would range from old wives' tales to animated accounts of her own life in Ecuador. What I know of the Ecuadorian culture and Spanish language is in large part thanks to her. Because she took care of me as a child, I was able to speak Spanish at an early age and practice it with her throughout my life. I think she also sparked my love of crafts, as her hobbies included baking elaborate cakes, knitting baby clothes, and designing greeting cards. I remember there was a point in time when it felt like every time we would go over to her house, she would sit us down and teach us how to make handmade cards (with 3-D effects, glitter, and all!). I also remember her teaching me to knit more complex things, and she was incredibly patient whenever I had forgotten how to do a stitch she had taught me previously. Religion was also very important to Abuelita. She would often want us to accompany her to church and asked us to pray for her when she began to experience the aches and pains of old age. As we would say goodbye, without fail, she would give us "la bendicion", which made me feel watched over and protected. Abuelita was very generous, not only with her time and attention, but also in the way she showered us with gifts. There was never a time when I would visit her and she did not have something for me, whether it was a pair of earrings, a piece of clothing, spending money, or even just a meal. When she started attending the St. Martin de Porres Senior Center, I began to help her with her "homework" which included tasks such as completing crossword puzzles and sudoku challenges. She was also quite active when she first joined the Center and would often help in the cafeteria, distributing lunch to the other attendees. Upon her many requests for me to play the piano at the senior center, I finally acquiesced and organized a mini concert. She gave me flowers afterwards and I could tell that it really meant a lot to her.

One of my more recent memories of the Abuelitos is when I took them on a day trip to see the Art on the Avenue festival in Del Ray last year. It is one of my favorite festivals in the area and happens to occur during the fall, which is also my favorite season of the year. The rain and the cold held off that day and we were able to find a perfect parking spot near the festivities, making it easy to assemble Abuelita's wheelchair and get her in and out of the car. The streets were closed off over a stretch of at least a good mile and they were packed with art, people, and food. I think more than anything it was stimulating for them to see so many people engaging in different activities and to see all of the art on display. After perusing the stalls and letting Abuelita pick out a handmade purse for herself, we found a few seats in front of a stage hosting musical performances throughout the day. It just so happened that a band that played Spanish music was performing, and we sat there to enjoy the familiar sounds. During the performance, I left to go find lunch for us to eat. I decided to order some BBQ ribs, baked beans, corn bread, and mashed potatoes to share amongst the three of us. I remember she was afraid to let me go off on my own to find food, thinking that I would get lost or that we wouldn't be able to find each other. But I reassured her that I knew where I was going and that I could always reach Abuelito directly on his cell phone. By the time I came back with lunch, the performance was wrapping up and an a capella group was up next. We stayed to listen to a few songs, but I started feeling a little anxious about the time and I was eager to get back home. As always, I had several side projects that I was pursuing outside of work and that I felt needed my attention. But the Abuelitos were having such a good time, they did not want to leave! I kept asking them, "Okay, are you ready to leave?", and they would respond with, "Can we just stay a little longer? Maybe a just few more songs". I remember feeling a little annoyed and wanting to take them back home so I could check things off on my to-do list. I think Abuelito picked up on my anxious need to return home by the time we made it back to their house, and I felt guilty that I had pulled them away from something they really seemed to be enjoying. Looking back on it, I wish I had let them enjoy the performances as long as they wanted to. It had been a while since they had left the house, and it seemed like there were fewer and fewer things that Abuelita enjoyed doing, probably because they became challenging for her to do. But I was just so unhappy with work at that time and my free time, particularly weekends, was precious to me. Nonetheless, I still look back at this recent memory with much fondness and hope that it was as special to them as it was to me.

I think a large part of how my Abuelitos and I have connected was through doing things together. I didn't always have the words to ask them about their wants and needs, hopes and aspirations, and past lives. Some of that was in part due to the language barrier (my Spanish is conversational, at best) and some of that was just being a kid and not recognizing that they were people with lives and stories of their own. I am, however, incredibly grateful for the ways in which we were able to understand each other, because it has brought me a lot of joy and taught me a lot about the things that matter in life.

It goes without saying that my parents also played a role in the relationship I have with my Abuelitos. They were wise enough to consciously make the decision to keep us in close proximity to each other and provided us with many opportunities to spend time together. Dad has been great about documenting these moments over the years and about sharing their past experiences, especially what it was like when they first came to the U.S.

Over the past few weeks, I have been thinking about how we can best honor Abuelita's memory. She would often remind us "no te olvides de mi", and I don't think a day will pass without me thinking about her. While sharing her stories and photos is important, they may not survive more than two or three more generations. If we want her to live forever, we must continue to improve our Spanish and maintain the traditions that uphold our culture, for language and culture will stand the test of time. I think we can also continue to embody her spirit: her kindness, her playfulness, her creativity, her determination, her joy. Let everyone see how she has influenced our character and actions and we can tell them it was because of her.

Upon further reflection, it does seem very appropriate that Dad, his siblings, and Abuelito were all together at the moment of her passing. Maybe she knew that they were all standing watch beside her before she said her final goodbye. I hope that she is at peace and with the "angelitos" she used to tell us about, watching over us from the other side.