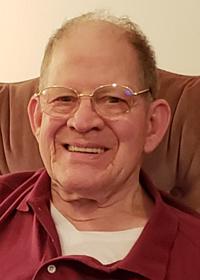 The Life of GERALD LEE GATHERCOLE

Gerald Lee Gathercole passed away Thursday, June 11, 2020 at Taylor House after battling cancer.Jerry was born April 6th, 1944 in Des Moines to John and Louise Gathercole (Rees). After graduation from Des Moines Technical High School, Jerry joined the United States Navy where he proudly served as a Corpsman assigned to the Marines in Vietnam and Guam. After being honorably discharged upon completion of his enlistment, Jerry joined the apprenticeship program of the Sheet Metal Workers International Union, Local 45, in Des Moines where he went on to become a skilled journeyman and a mentor to apprentices that came after. It became an inside joke and a rite of passage for a young apprentice to share a hot beer with Jerry after work. He was a proud member until his death. He was also a proud member of Veterans of Foreign Wars, AMVETS and the American Legion.Among Jerry’s interests, in addition to spending time with his grandchildren, were fishing, woodworking and being a die-hard Cubs fan and attending Iowa Cubs games.He was preceded in death by his mother, father, and brother Johnny. Left to cherish his memory is his wife of over 50 years, Sandra; children: Robert (Theresa), Danny (Jan), and Sherry Fischer (Bill); 7 grandchildren and 12 great-grandchildren; sister-in-law Paula; brothers: Pat (Claudia), Kirk (Terri), and Alan (Yosi); and many nieces, nephews, and friends.Visitation will be Tuesday, June 16, 2020 from 5:00 to 8:00 p.m. at Hamilton’s Funeral Home, 605 Lyon Street, Des Moines with services on Wednesday June 17, 2020 at 1:00 p.m. Burial will be at Highland Memory Gardens.In lieu of flowers please consider a donation in Jerry’s name to Taylor House, where the care and dedication of the staff were greatly appreciated by Jerry and his family.