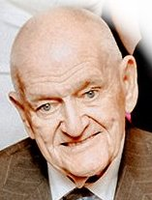 He was the son of Arthur and Agnes Hunter of Yeadon, PA. He was predeceased by his wife of 53 years Dorothy and siblings, Robert Hunter, Elizabeth, James Hunter, Agnes Tredinick, and Catherine Elder.

Art attended Yeadon HS before serving in the US Army. Art raised his family in the Delmar Village section of Folcroft and had many lifelong friends from Bennington Rd. He was involved in the early years of the Folcroft Swim Club and Folcroft Boys Club. He was employed by Westinghouse for 38 years as a machinist until the plant closed in 1986. Art was an avid sports lover and played semi-pro baseball for Yeadon. He also enjoyed playing softball for the "Bennington Boozers" in some of the local leagues. His favorite thing to do was watch his children and grandchildren participate in sports and other activities. Art and Dot also spent 15 years residing in Towamensing Trails, Albrightsville, PA before moving back to this area where they made many friends.

Services will be held privately on Thursday, June 18, at 11AM via ZOOM