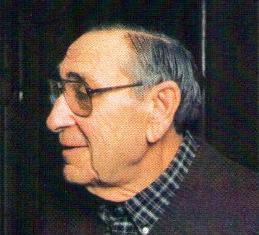 The Life of Norman S. Edinger

Norman S. Edinger, 94, of Topton, died Monday, May 11, 2020, at 12:55 a.m. in The Lutheran Home at Topton, Longswamp Township. He was the widower of Anna L. (Schlegel) Edinger, who died June 29, 2005. Born in Topton, he was a son of the late Robert W. and Olivia (Smith) Edinger. Norman was a former member of Grace Evangelical Congregational Church, Kutztown. He honorably and faithfully served our country as a veteran of the United States Army during WWII.

Norman worked as an assembler for Caloric Corporation, at its former Topton plant, then in the same capacity for Bally Case & Cooler, Bally until his retirement.

Norm was a member of Ray A. Master Post 217 American Legion, Topton.

Norman is survived by a son, Robert L., husband of Renae L. (Miller) Edinger, Kutztown; there is a grandson, Russell L. Edinger, Topton; and two great grandchildren, Alexander W. and Emily K. Edinger. In addition to his parents and wife, Anna, Norman was predeceased by a sister, Lottie, and five brothers: Walter S., Irvin, Howard S., Elmer, and Fred Edinger.

Funeral services for Norman will be private at the convenience of the family, with Reverend Sara A. Hertzog, officiating. Interment with Military Honors in Berks County Memorial Gardens, Fleetwood. There are no public viewing or calling hours.