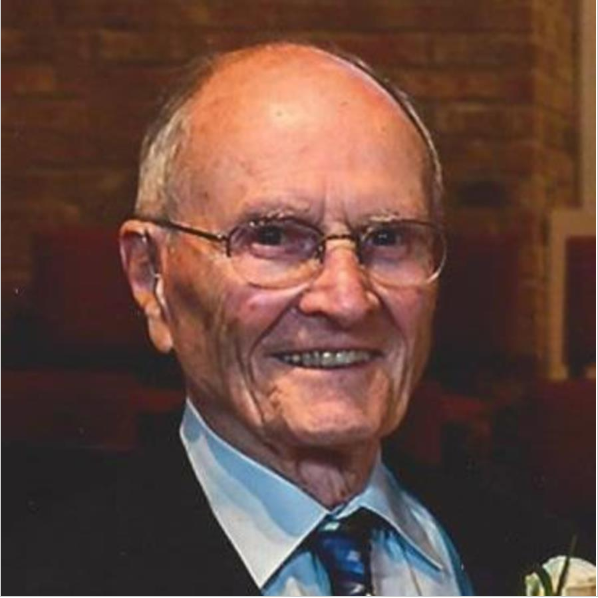 James Morton Jennings, Jr., 98, died of natural causes on April 19, 2020 at his home in Lafayette. Due to crowd-size restrictions related to Covid-19, services will be limited to a private graveside service for the immediate family.

Interment will take place in the Lafayette Memorial Park Cemetery.

Mr. Jennings was born May 4, 1921 in New Orleans. He was preceded in death by his wife of 75 years, Margaret Brownson Jennings; his father, James Morton Jennings, Sr.; his mother, the former Grace Dezell Shepard of Jacksonville, FL; and his only brother, Edward Theodore Jennings, Sr. of New Orleans.

A graduate of New Orleans’ Fortier High School and, in 1943, of Tulane University with a degree in Mechanical Engineering, Mr. Jennings was commissioned an Ensign in 1942 through the four-year Naval ROTC program at Tulane. Later, he received advanced schooling and training at the US Navy Postgraduate School in Annapolis, MD, to enable him to qualify as an Aerological Officer. Mr. Jennings served on active duty in the Pacific during World War II and the Korean War, and he was retired in 1968 as a Commander, USNR. His Navy assignments were varied as he served aboard destroyers, an aircraft carrier, and a destroyer transport and later at Naval Air Stations and the Fleet Weather Central, Pearl Harbor. He was the Commanding Officer of the Eighth Naval District’s Naval Reserve Surface Division 8-30 prior to moving to Lafayette in 1956.

From 1946 until 1956, he was employed by the New Orleans Public Service, Inc. as an Industrial Development Engineer. In Lafayette, he was the majority owner of the Auto Parts House until it closed in 1994. At the time of his death, he considered himself active in property management.

Mr. Jennings, a past president of the Rotary Club of Lafayette, was named Rotarian of the Year in 1967. He was also honored to be named a Paul Harris Fellow. In addition, he served as president of the statewide Automotive (Parts) Wholesalers Association of Louisiana and later, in 1982, became that group’s Salesman of the Year. He was a member of the Sons of the American Revolution.

Very much a family man, Mr. Jennings took great pleasure in the frequent visits of his children, grandchildren, and great-grandchildren. In his later years, he also enjoyed chatting with his neighbors and volunteering at the Lafayette Council on Aging. His main hobby was target shooting with rifles and pistols. He also tinkered with antique clocks and obsolete glass-tube radios.

In lieu of flowers, donations may be made to the Meals on Wheels program of the Lafayette Council on Aging, the Rotary Foundation, or the Alzheimer’s Association.