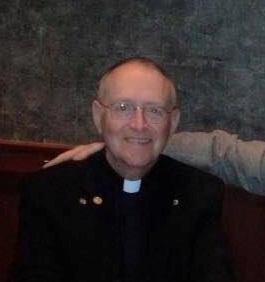 The Life of Laurence Joseph Gleason

Reverend Laurence Joseph Gleason, 67, died on Saturday, March 14, 2020 in Temple University Hospital, Philadelphia of complications from Guillain Barre Syndrome. Born to the late F. Edgar and Catherine M. (Pastorius) Gleason in Norristown, PA, eighth of eight children, "Father Larry" attended Visitation BVM elementary school, Bishop Kenrick High School, Temple University and Northwestern University, receiving both a Bachelor and Master’s degree in voice. A tenor, he pursued a singing career, but his progress was impeded by a rare condition known as Meckel's Diverticulum, which though corrected by surgery, deprived him of the robust constitution necessary for a career in opera. Coping with this disappointment he realized he was being guided to a higher calling.

He entered St. Charles Borromeo Seminary and was ordained a Priest in 1996. He served at Our Lady of Ransom in Philadelphia, St. Luke The Evangelist in Glenside, St. Catherine of Sienna in Horsham, St. Agnes in West Chester, and while stationed at St. Hilary of Poitiers in Rydal, was serving as Chaplain at Holy Redeemer Hospital, Meadowbrook, when he was suddenly paralyzed by Guillain Barre Syndrome in December 2019.

An avid golfer and sports fan, he continued his love for opera, treating various siblings to trips to the Metropolitan Opera. Father Larry's family would like to thank St. Hilary of Poitiers, Abington Hospital, Kindred Hospital, Jeanes Hospital, Tulip Special Care and Temple University Hospital for their efforts on his behalf.

Due to the current health concerns from the CDC regarding large crowds and limiting the number of attendees of funeral services, A Mass of Christian Burial will be celebrated privately by Father Larry's family. Interment will follow in St. Patrick’s Roman Catholic Cemetery, Norristown. A public memorial mass will be held at a future date.

The family requests contributions be made in Fr. Larry’s memory to The Knights of Columbus,1 Columbus Plaza, New Haven, CT 06510 or the Patrician Society 121 E. Chestnut Street Norristown, PA 19401.

Ludwick Funeral Homes, Inc., Kutztown, PA is in charge of arrangements. Memories and condolences may be recorded at www.Ludwickfh.com.

I am very sorry for your loss. I knew Father very well when he was stationed at St. Agnes in West Chester. He was a good and holy man. I will remember him for his big smile and his love of the Phillies. I especially rememnber how excited he was for his yearly trips to Florida to be with family. May God grant you peace and comfort during your time of grief.

One of the many things Larry loved to do was brag about his family. Every year for the KofC annual golf tournament Corey would go as his teammate. Larry bragged about his personal "ringer" and Corey usually delivered which thrilled Larry. Although his golf game never got to where he wanted to be he loved going out and being with family and friends. I will miss his stories, his gentleness, his genorosity of spirit and his love.
I'll miss you Uncle Father ❤️☘️⛳️

Celebrant of the Liturgies attended at SJM, the Provincilate, and at La Fayette Redeemer.  He was a gifted "homilist" with a message to lived by.  I am happy I had the privilege of my encounters with him at the hospital, the Manor, Provincialate and at LaFayette.  He will be missed!   Sr. Maria Christi Drysdale