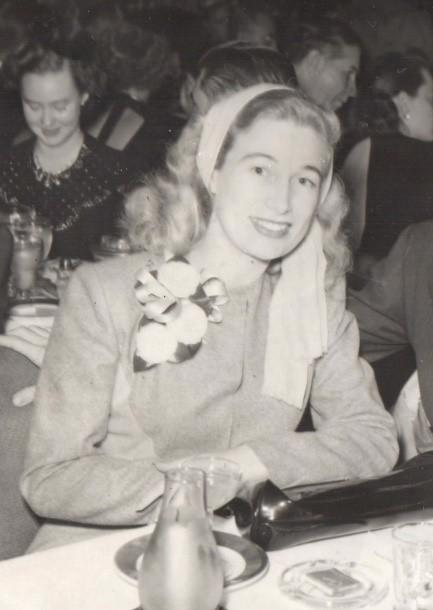 The Life of Billie Lorraine Hunsicker

Billie L. [Brant] Hunsicker was born in Pittsburg, California on January 24, 1919, the daughter of William Brant and Maude Mabel [Lee] Brandt. She passed peacefully on March 11, 2020 in Topton, Pennsylvania at The Lutheran Home at Topton.

Billie was raised in Pittsburg, San Francisco, and Santa Monica, where she attended Santa Monica High School. During the Great Depression, Billie and her sister, Shirley Dolores Brant, left high school to help support their family. Billie worked at Van de Camps Bakery and a malt shop near Warner Bros. She later went to work at Douglas Aircraft Company in the secretarial and file maintenance pool to support our World War II armed forces.

It was while working at Douglas that she met her handsome engineer husband, Robert L. Hunsicker. They started their 60 years of wedded life together in Santa Barbara, California on Flag Day, June 14, 1946, and moved to Pennsylvania where Robert joined his father in the already successful general contracting firm of L. W. Hunsicker Company, in Allentown.

Billie was a wonderful artist. She painted in charcoal, watercolor, and oil media with her most outstanding work depicting the tranquil pathways of Pennsylvania forests and fields during all four seasons.

Billie was an amazing role model. She was a gracious lady who always had a kind word to say about others. She was a very loving mother and wife, always there for her children with a hug and a smile, offering them encouragement at every step. Billie was very smart, well-read and an excellent cook; an outstanding “domestic engineer,” as she would say. She had the biggest heart yet was tougher than nails.

Memorial services will be held for immediate family and friends in the summer of 2020 at a time and location to be announced. The family asks that no flowers be sent but instead donations be made to the Allentown Rescue Mission to assist those in need of shelter and comfort.