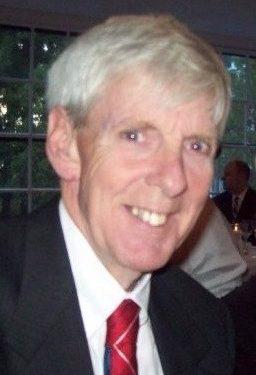 Loving husband of Dorothy Bernarding Coll; son of the late Verna Heaney and Raymond J. Coll, Sr.; brother to the late Joanne and James Coll; father of Raymond (Frances) Coll III, Jason (Lisa) Coll and Elizabeth (Josh) Mastascusa; grandfather of six adoring grandchildren: John Ryan, Matthew, Liam, Karina, Anthony and Ava. For many years, Ray served as chief estimator for Dick Corporation and held vice-president positions with Mellon Stuart Construction and P.J Dick. However, his entrepreneurial spirit led him to his greatest business accomplishment: Opening Two Men and a Truck in Pittsburgh with his wife in 2005. Beginning with three trucks, he grew the business into two locations and a fleet of twenty trucks and one of the most successful franchises in the Two Men and a Truck system. His caring nature and generous spirit touched all who knew him. His memory will live on not only in Pittsburgh, but also on the boardwalks of Ocean City, NJ, where he treated his family to annual vacations. Right now, he’s having a cup of coffee and breakfast and shootin’ the breeze with his brother, Jimmy, best friends Chick and Jack, and his mentor, Ish, somewhere in the sky. Friends will be received at the John F. Slater Funeral Home, Inc., 412-881-4100, 4201 Brownsville Road, Brentwood 15227 on Wednesday, February 26, 2020, from 2-4 and 6-8 p.m. Funeral service will take place on Thursday at 11:00 a.m. in the chapel at John F. Slater Funeral Home. In lieu of flowers, family suggests contributions to: Rebuilding Together Pittsburgh, CRIBS FOR KIDS, or a charity of your choosing.