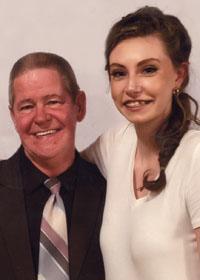 The Life of RICHARD PAUL GILBERT

Richard Paul GilbertWest Des MoinesRick Gilbert, 58, passed away Sunday, February 9, 2020. Visitation will be from 5-7PM Wednesday, February 12 at Hamilton’s near Highland Memory Gardens, 121 NW 60th Ave, Des Moines. Private graveside service will be held at Highland Memory Gardens Cemetery at a later date.Rick was born April 6, 1961 in Des Moines, Iowa to Paul and Donna Gilbert. He was employed by NAPA, most recently working at the location on Douglas Avenue. He enjoyed listening to country music. Rick was an incredibly devoted father, making sure to attend all of his daughter, Sierra’s, events. He enjoyed family cookouts with Matt and Christa. Rick was an avid NASCAR and Iowa Hawkeye fan.He is survived by his loving wife of 22 years, Roberta; daughter, Sierra; sisters, Kim Stroeber and Karil Michael; mother-in-law, JoAnne Wilkison; brother-in-law, Robert Wilkison; and his aunt, Linda.Rick was preceded in death by his parents, Paul and Donna Gilbert.Contributions may made directly to the family to be used for Sierra’s education.