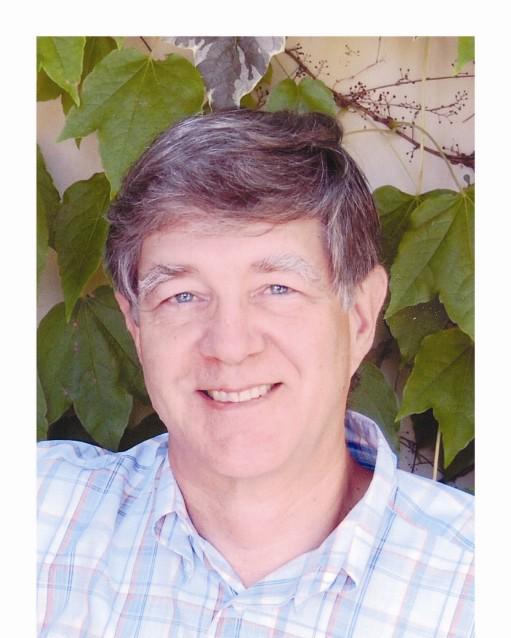 William Frederick Menold, Jr., better known as “Buzz,” passed peacefully at age 75 after a six-year battle with Leukemia on Thursday, Jan. 23, 2020 at his home in Burke, Virginia.  He was a loving husband and father who dedicated 47 years service to his country.

He grew up in St. Paul, Minnesota, attended St. Paul Academy and graduated from the University of Minnesota in 1966.  He majored in Journalism, where he sharpened his natural abilities of perception, interpretation, analysis and concise communication.  His keen intellect and endless curiosity made him a prolific reader of history, the arts, music, film and even pop culture. Throughout his life, his family and coworkers relied on his counsel to solve life challenges or refine policy positions.

He met Mary Jo, his wife of 52 years, while he was in the University of Minnesota’s Air Force ROTC program and she was in the Angel Flight.  They married Sept. 2, 1967 and embarked on a seven-year career in the Air Force.  He started as Intelligence Officer in Offutt AFB, NB, where his sons Christopher and Daniel were born.   He volunteered for a one-year deployment to Nakhom Phanom AB, Thailand, where he provided unit level Intelligence support to OV-10 Forward Air Controllers during the Vietnam War.  His next assignment was to the Pacific Air Force Headquarters, Hickam AFB, Hawaii, where his daughter Jessica was born and many lifelong family friendships were developed.  He broadened his career by becoming a Minuteman III Intercontinental Ballistic Missile Crew Commander at Grand Forks AFB, North Dakota.   The tour was cut short in early 1975 when he was hired by the State Department and he began his career as a Foreign Service Officer.

His initial assignment in Washington D.C. was with the Arms Control and Disarmament Agency delegation working conventional arms control in Europe.   In 1977 our family moved to the Bonn, Germany embassy compound on the banks of the Rhine river.  When he was not working Berlin policy with our Western Allies, he took our family on trips, exposing us to different cultures, languages, historic cities, castles and beautiful country sides.

From 1979-1983, he returned to Washington D.C. where he started his career-long focus as a Political-Military Officer involved with arms control policy and negotiations.  At the Office of the United Nations (UN) Political Affairs, he served on delegations to the UN General Assembly.  He moved to the Office of NATO affairs where he formulated policy on Intermediate Range Nuclear Forces in Europe.

He was assigned as the Political Military Officer at The Hague, Netherlands from 1983-1986.  He successfully helped secure the agreement of the Dutch government to base U.S. cruise missiles as part of NATO’s security strategy. It was a particularly sensitive issue in the context of cold war tensions and a rising anti-nuclear sentiment across Europe.  This overseas assignment also had a lasting positive impact on his children, who were in their influential teen and pre-teen years.  His family all remember this time fondly.

He returned to Washington from 1986-1991, holding three positions.  As the Deputy Head of the Multilateral Affairs Desk, Office of Soviet Affairs, he prepared postion papers, planned and executed numerous US-Soviet ministerial meetings and served two rounds in bilateral working groups for the Strategic Arms Reduction Talks (START).   He was a senior watch officer, then became the Officer in Charge, Federal Republic of Germany (FRG) affairs, where he guided US-FRG dialogue leading to agreements on German reunification.

His last overseas assignment as the Acting Chief of the Embassy Moscow Arms Control Implementation Unit in 1992-1994 was particularly eventful.  He supported nuclear weapon inspection visits and worked with Russian Government Agencies to develop programs for the safe dismantlement of Russian nuclear weapons.  He got to inspect Russian missiles bigger than the ICBM he once crewed in the Air Force, and visited vast underground tunnels at the Novaya Zemlya nuclear test site.  It was a time of instability after the 1991 fall of the Soviet Union.  On the morning of Oct. 4, 1993 he watched tanks roll a few blocks past their apartment, take positions before the White House (Parliament) and begin firing during the Russian Constitutional Crisis.

He returned to Washington D.C. in the Office of Regional Nonproliferation to represent the State Department in interagency nuclear smuggling sub-working group, designed the US approach to the 1996 Moscow nuclear summit, and designed and ran the interagency nuclear smuggling incident response group.  In November 1997 he retired as a Foreign Service Officer and was hired as a State Department Civil Service Employee.

In his civil service time, he helped secure signature of the Comprehensive Test Ban Treaty and coordinated bureau policy on negotiations for a Fissile Material Cutoff Treaty.  During his years at the State Department in Washington, he was a delegate to numerous UN General Assembly and other international meetings concerned with arms control, disarmament, and nuclear nonproliferation. His organizational skill and writing ability led him to be chosen frequently as Executive Secretary of these delegations. He also served as point man for the US Government’s consideration of nuclear weapon-free zones, another approach to the prevention of nuclear weapons proliferation. In all these activities he earned the respect of his colleagues for his intelligence, hard work, and unflappability.  In 2015 he retired to focus on his health.

For the last six years, he demonstrated courage, hope, dedication and perseverance as he endured challenging medical treatments.  His fighting spirit gained him time to build more precious memories and to share joyful experiences with his family.  We celebrated his 50th wedding anniversary, a baptism and numerous family holidays. One short week before his passing, he shared a wonderfully warm and grateful dinner surrounded by his loved ones.

He was preceded in death by his parents, Dr. William Frederick Menold, Sr.  and Jean Shirley (Johnson) Menold.  He is survived by his wife Mary Jo (Martin) Menold and his children Christopher (wife Caroline and daughter Madeline), Daniel (wife Deanna) and Jessica (husband Jon, son William and daughter Hannah).  He was a wonderful, loving husband and father, and he will be celebrated in our hearts forever.

A memorial service will be held in his honor at 1:00 pm Friday, Jan. 31st at Westminster Presbyterian Church, Alexandria. In lieu of flowers, donations may be made in his name to either the Leukemia and Lymphoma Society (lls.org) or the Alzheimer’s Association (alz.org).