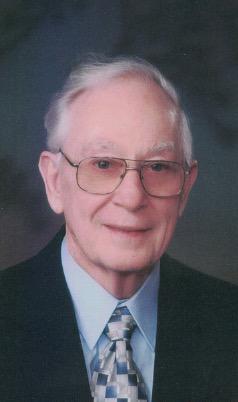 Robert W. Gray, Jr., 86, of Pottsville, formerly of Bloomsburg, passed away peacefully, surrounded by his family on Thursday, January 23rd, at Hospice House of the VNA of St. Luke's, Bethlehem.

He was the widower of Joan O. (Schruff) Gray, his wife of 65 years.

In addition to his parents and wife, Bob is also preceded in death by his sons: Robert W. Gray, III, & Jeffrey C. Gray, and his sister, Marjorie Scotti.

He was a graduate of Plainfield High School, Plainfield, NJ.

Bob proudly served in the U.S. Air Force as a radar maintenance technician from 1951 to 1955 during the Korean War.

He worked as regional manager at the former Bell Atlantic in the Pottsville & Bloomsburg offices for 33 years.

Bob was an avid gardener,musician and loved to fish, teaching his grandchildren about the simple things in life. He had the ability to always find the humor in life no matter how tough things got and passed this quality on to his children and grandchildren.  A devoted family man, Bob served as the primary medical caregiver to his two sons, and wife throughout many decades and continued to do so during his retirement years. He always extended his hand to those in need even participating in a Humanitarian trip to Hurricane Katrina victims and gave the ultimate gift of love to his son, Bob, in the form of a kidney transplant. He considered his children to be his greatest accomplishment and was a loving and generous Grandfather to his grandchildren as well. Bob was considered a true gentleman.

A viewing will be held Monday from 6-8 p.m. at Geschwindt Stabingas Funeral Home, Inc., Schuylkill Haven.