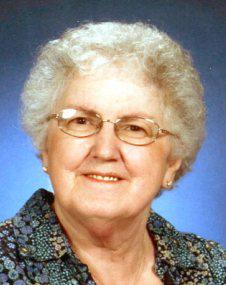 The Life of Ethel V. Burkert

Ethel V. (Balthaser) Burkert, 84, of Kutztown, died Wednesday, January 8, 2020, in Kutztown Manor, Kutztown. She was the wife of Stanley O. Burkert. They were married May 2, 1981. Born in Greenwich Township, she was a daughter of the late Walter W. and Verna C. (Christ) Balthaser. Ethel was a member of Trinity Lutheran Church, Kutztown, and a former member of Mount Zion Lutheran Church, Kutztown.

Ethel worked as a cashier at the former McCrory's Fashion Shop, Kutztown, from 1973 to 1978 and in the Bindery at the former Kutztown Publishing Company, Kutztown, from 1979 to 1981. From 1981 to present she cared for her grandchildren and great grandchildren. She had a passion for gardening, long walks, cooking, baking, and caring for her family . In her earlier years, she enjoyed traveling with her loving husband, Stanley.

A funeral service to celebrate Ethel's life will be held on Tuesday, January 14, 2020, at 10:30 a.m. in Ludwick Funeral Homes, Inc., 333 Greenwich Street, Kutztown, with Dr. Joseph Piscitelli, officiating. Interment in New Bethel Zion Cemetery, (Grimville) Kutztown. Relatives and friends may call Tuesday, from 9:30 to 10:30 a.m. in the funeral home.

I was her and Stanley's housekeeper at the manner. She was a sweet and loving person always gave me a smile when I said hi to her even when she was asleep always knew when I came in the room. She will be missed and never forgotten RIP Ethel