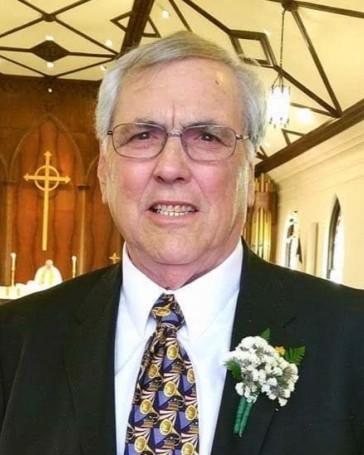 The Life of Paul Kinzy Griffith

Paul Kinzy Griffith, age 70, died peacefully at home on December 22, 2019, after battling Acute Myloid Leukemia for the last year.
Born March 1, 1949 in Washington D.C., Paul lived his whole life in Alexandria. He retired from the U.S. Office of the Secretary of Defense with 46 years of government service and was awarded The Office of the Secretary of Defense Medal for Exceptional Civilian Service.

He was an active member of Trinity United Methodist Church where he was married to Susan O’Flaherty 40 years ago. Paul will be remembered as a faithful and loving husband, and for his cooking, fishing and bowling. He also loved old Westerns – Hopalong Cassidy and Gunsmoke were his favorites.

Always optimistic and hopeful, Paul never complained about anything. His love for life was a magnetic glow that emanated from within and touched all who met him. Always a music lover too, Paul was extremely proud that he had attended the Woodstock Rock Concert in August 1969, and that he had a drumstick given to him personally by Ringo Starr at Shea Stadium when he saw The Beatles in concert.

He is survived by his loving wife of 40 years, Susan O’Flaherty Griffith, sisters Bobbie Jean Nilsson, Denise Brown, Stacey Thomas, his mother-in-law, Resa Hutt O’Flaherty and his sister-in-law, Lucelle O’Flaherty. He is also survived by his faithful companion, Duke, and three cats: Mercedes, Sports and Rocky. He was preceded in death by his parents, Jean Fling and Clarence William Griffith and his father-in-law, Judge Daniel Fairfax O’Flaherty.

A Service of Death and Resurrection will be held Friday, December 27 at 9 a.m. at Trinity United Methodist Church, 2911 Cameron Mills Road, Alexandria, VA, followed by a 10 a.m. Service of Burial and Commitment at Ivy Hill Cemetery, 2823 King St, Alexandria, VA.