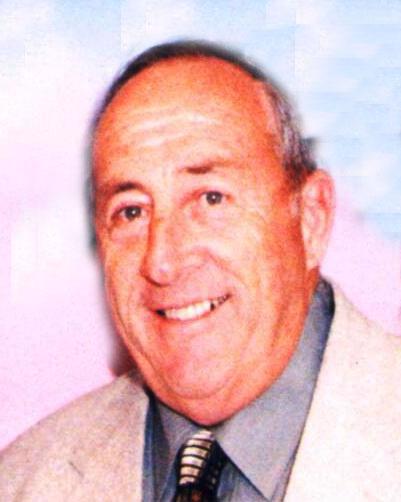 The Life of Larry J. Manmiller

Larry J. Manmiller, 81, of Fleetwood, died surrounded by family Friday, November 29, 2019, in Penn State Health - Saint Joseph Medical Center, Bern Township, where he was a patient several days. He was the husband of Joan A. (Seaman) Manmiller. They were married on December 30, 1960. Born in Leesport, Larry was a son of the late John P. and Erma M. (Grim) Manmiller. He was a member of Saint Paul's Evangelical Lutheran Church, Fleetwood. Larry Honorably and faithfully served his country as a member of the United States Army. He was a graduate of Muhlenberg High School, Class of 1955.

Larry began his long plumbing career first working for his uncle, Bill, at W. A. Brenner, Plumbing, Leesport, and retiring from A. P. Merkel & Co., Fleetwood, in 2000.

A funeral service to celebrate Larry's life will be held on Saturday, December 7, 2019, at 3:00 p.m. from Ludwick Funeral Homes, Inc., 333 Greenwich Street, Kutztown, with The Reverend Thomas M. Lang, officiating. Relatives and friends are invited to a viewing from 1:00 to 3:00 p.m. in the funeral home. Inurnment will be private at the convenience of the family.

Ludwick Funeral Homes, Inc., Kutztown, is in charge of arrangements. Memories and condolences may be shared at www.ludwickfh.com

Great guy will be missed

Our deepest sympathy to Joan, John, Anne, and Tyler.  Larry was a wonderful man, public servant and most of all friend.  I have memories of Larry going back to when I can remember memories.  Sitting on the porch, dad always stopping to chat when we drive by; to when our dog ran away and he was found on Larry's porch.  Most of all, the fun times at the cabin and his contagious laugh.  Larry, you will be missed.  Love, Sue Gerhard and family

Larry was a great guy that I spent a lot of time with in Shunk! When we were putting a new addition on our camp Larry and I went up twenty some weekends in a row! Will never forget the great times we had in baseball and at camp! R.I.P. my friend!

Dear Family, I remember Larry as a "good guy", enjoying life. May you keep him with you in photos, stories, and good years you've shared.  Peace -- Mary Reader and husband Bob