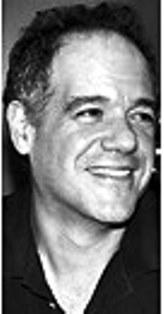 The Life of MICHAEL MIELE


Died unexpectedly at the age of 57 in Pittsburgh, Pennsylvania on November 2, 2019. Michael, a resident of O'Hara Township, was born in Pittsburgh, the son of Teresa and Anthony Miele.   He was a member of St. Pio Pietrelcina Parish. Michael studied Chemical Engineering at Penn State University and, shortly thereafter, he received his MBA from the University of Pittsburgh.  He was a proud member of the Delta Kappa Phi Fraternity. In 1984, he met his loving wife, Pamela, and have been happy newlyweds for nearly 34 years. In addition to his wife, Michael is survived by four children that he was immensely proud of: Jeremiah (Elena Sciulli), Sarah (Billy), Adrianna (Chuck), and Lisa (Ryan).  Michael has three grandchildren: Brayden and Daniela (Adrianna) and Jonathan (Jeremiah), that brought endless joy to his life. Additionally Michael was surrounded by his beloved dogs, Crosby and Toby, and grand-dogs, Keena, Piper, and Watson. Michael was also blessed with a large extended family including his siblings, Joanne, Mary Sue (Thomas), Anthony (Paulette), Mark (Beverly), Kevin (Dianne) and Tammy (Mark) as well as his wife, Pamela's siblings, Sophea (Philip), Christopher (Mary), Lynnie (Bill), George (Suzanne), Maria (Mark), Theodora (Sherry). He was preceded in death by his brother-in-law, Frank (Julie).  He was also honored to be an uncle of over 50 nieces and nephews. Michael lived his daily life with a crystal clear commitment to what mattered most - God, family and friends. He had a tremendous sense of humor and a playful laugh. He enjoyed fixing cars and repairing things around his house (and other people's homes) and making others learn along the way. He was the trusted friend everyone called when things went wrong. He loved telling stories. He cherished time with his grandchildren. He loved going back to visit Penn State, especially for the Blue White games and THON. Those who knew him will miss his positive outlook, eagerness to help a friend in need, updates on his latest inventions and his warm, open expressions of love and friendship. His career included a 35 year commitment to Emerson Process Management, formerly Westinghouse.  He was assistant secretary and treasurer for the Fox Chapel Water Authority. A celebration of Michael's joyful life will be held on Thursday. Friends will be received from NOON to 8:00 p.m. at THOMAS L. NIED FUNERAL HOME INC., 7441 Washington Street, Swissvale. Mass of Christian Burial at St. Paul's Cathedral, Oakland on Friday morning at 11:00 a.m. EVERYONE TO MEET AT CHURCH. In lieu of flowers, donations in memory of Michael's life can be made to support a Memorial Scholarship in his name with donations through GoFundMe (gf.me/u/whj5fd).