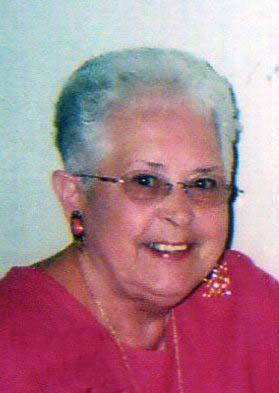 The Life of Gloria F. Heiter

Gloria F. (Snyder) Heiter, 90, of Topton, died peacefully Thursday, October 31, 2019, in The Lutheran Home at Topton, Longswamp Township. She was the widow of Donald R. Heiter, who died October 17, 1999. Born in Topton, Gloria was a daughter of the late Russell V. and Mae B. (Derr) Snyder. Mrs. Heiter was a member of Saint Peter's United Church of Christ, Topton, where she served on various committees, was a member of the choir, as well as a member of the consistory and served as an Elder of the church. Gloria was employed by the Brandywine Heights Area School District from 1960 to 1974 as Secretary to the High School Principal; she then worked as secretary in the English Department from 1974 until her retirement in 1988 for Kutztown University of Pennsylvania. From 1990 to 2002 Gloria was a Masseuse in her home. She also worked part-time as a greeter for Ludwick Funeral Homes, Inc. from 2002 to 2014. Gloria was a member of the Brandywine Minstrels; East Penn Chapter #336 Order of the Eastern Star, Kutztown; East Penn Association of School Retirees; Berks County Association of School Retirees; Retired Public Employees of Pennsylvania, AFSCME Chapter 13; and Ray A. Master American Legion Auxiliary and Home Association, Post 217, Topton. Always known for being a people person, Gloria was an avid Phillies fan, loved card playing, BINGO, and Casino trips, but most of all she enjoyed spending time with her family.

Ludwick Funeral Homes, Inc., Topton, PA, is in charge of arrangements. Memories and condolences may be shared at www.ludwickfh.com

To Scott, Marcia and family - I was so sorry to read of Gloria"s death. She surely was a special person. May god comfort you in this tine of sorrow. Rest in Peace Gloria   Lee Phillips