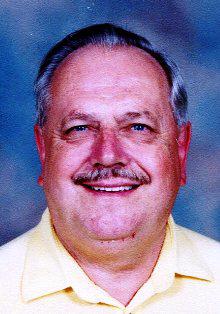 The Life of Donald K. Lauer

Donald K. Lauer, Ph.D., 86, a resident of Tower Court, Topton, formerly of Kutztown, died suddenly Thursday, October 24, 2019, in the Emergency Department of Lehigh Valley Hospital, Salisbury Township, after being stricken in his residence. He was the widower of Dorene Y. (Weinhold) Lauer, who died September 12, 1998. Born in Hackensack, NJ, he was a son of the late Arthur F. and Viola E. (MacIntyre) Lauer. Donald was a member of Mount Zion Lutheran Church, Kutztown.

Dr, Lauer's professional career began in 1960 as an Assistant Professor at Muhlenberg College, Allentown. In 1965, Dr Lauer became a Professor at Kutztown University of Pennsylvania, a position he held until his retirement in 1994. During his time at Kutztown, he served as Assistant Academic Dean from 1967 to 1972. Dr. Lauer also had a private psychology practice from 1971 to 1984.

He was named Professor Emeritus at Kutztown University in 1994.

Donald served the Radiological Officer for Lehigh County Emergency Management Agency from 1964 to 1996. He served in the same capacity for Kutztown Borough from 1996 to 2000.

Dr. Lauer received honorary induction into Phi Delta Kappa Honor Society in 1969. He also was elected to New York Academy of Science in 1969.

A memorial service to celebrate Donald's life will be held on Friday, November 1, 2019, at 11:00 a.m. in Mount Zion Lutheran Church, 1343 Long Lane Road, Kutztown, with Vicar Jeremiah T. Haydt, officiating. The family will greet relatives and friends from 10:30 to 11:00 a.m. in the church. Inurnment will be private at the convenience of the family.

For several years, my wife and I picked Donald up at his residence in Topton and took him to Christmas Eve services at Mt Zion Lutheran Church. He was such an inspiring individual. He shared so many things with us about his past as it related to church. He was a mentor of mine, as I too became a worship assistant just like Donald was when I was growing up. He will always be remembered for his kind heart and love for God and the church. May he Rest In Peace.