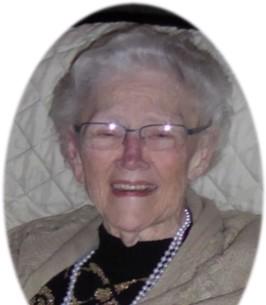 The Life of Margaret B. Barr

Margaret B. Barr, 95, originally from Lower Merion passed away peacefully surrounded by her loved ones on September 2, 2019. Born on February 16, 1924 in Philadelphia, PA, she was the Daughter of the late Joseph Brower and Margaret Wells Brower.

After graduating from Lower Merion High School, Peggy attended Briarcliff College for Girls in New York. She married her high school sweetheart in 1944, Richard S. Barr of Wynnewood, PA. During his attendance at U of P Peggy and Richard became the proud parents of a two children. Over the years Peggy worked at the Sheraton-Deauville as an Administrative Assistant and Richard worked at Environmental Resources. Peggy also volunteered to help the GIs during World War II.

Her husband of forty four years and a World War II Navy veteran, passed away in 1987. Along with her husband, she is predeceased by her Daughter, Elizabeth (Betsy) A. Krussel, her Grandson, Steven Krussel and her Brother, Robert Brower.

In lieu of flowers please donate in Peggy’s name (Margaret B. Barr) to the Girl Scouts of the Colonial Coast Philanthropy Department, 912 Cedar Road, Chesapeake, VA 23322

Filter Margaret B. Barr's Timeline by the following Memory Categories