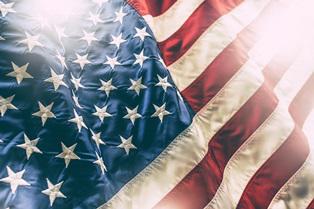 The Life of WILBERT AUSTIN

Wilbert Austin, Sr.came into this world on August 24, 1928, in his family home in the Hazelwood neighborhood of Pittsburgh, PA. He was the youngest son of Chester B. Austin Sr. and Emma Howard Austin. Wilbert transitioned to join his family and ancestor on the morning of August 28, 2019. Wilbert was raised by his aunt, Omega Munden, affectionately known as Big Sis, his mother having passed away when he was 15. He was baptized as a youngster at the St. John the Evangelist Baptist Church in Hazelwood where he attended with his family.

Will graduated from Allderdice High School where he lettered on the Track Team and served in the 432nd Army Band with the rank of Sergeant and was honorably discharged from the National Guard of Pennsylvania and the United States in 1952.

Will was a Jazz musician and composer/arranger, playing at times with and arranging with many of Pittsburgh's jazz greats , including Stanley and Tommy Turrentine. He played the trumpet in the Pete Henderson Band a picture of which exist in the Teenie Harris Collection of photographs at the Carnegie Library and is documented in the nationally televised PBS Documentary, " We Knew What We Had: The Greatest Jazz Story Never Told," which covered Pittsburgh's Jazz greats.

Wilbert worked for the U.S Post Office for 36 years during which time he which he returned to college in 1960 at Carnegie Mellon University, graduating in 1965 with a Bachelor of Fine Arts in Music Education. He attended college full time while maintaining full time employment with the Post Office. Upon graduation, Will began a career as a music teacher with the Pittsburgh Board of Education, eventually becoming the Band Director of Perry High School. For an extended period of time he worked both simultaneously, he had a tremendous work-ethic which was demonstrated throughout his life. After retiring from the Board of Education as a full time teacher, Will returned part-time as a Substitute Teacher until the age of 82. When asked, why go back as a Substitute Teacher, Will would laughingly reply, "Why not? What else am I going to do, I can't just sit at home and do nothing."

Will a tremendous story teller and would often recite folk tale humorously and poetically from memory bringing much laughter. He eagerly shared his time, strength, and wisdom with his family and friends. He leaves a legacy in his offspring, his music, and his teaching. He will remain in our hearts and memories as we continue to "speak his name" among the  young of his family. He was a great individual and much loved

Will was once an avid golfer and a member of the Dandy Duffers Golf Club. Wilbert was also know as 'Captain Will' since he was also an avid boater, spending much time in the summer months on Pittsburgh's 3 rivers in his cabin cruiser. When he wasn't cruising the rivers he was docked at one of Oakmont's boats docks where he would host friends and family on the riverfront. In recent years he was a member and officer of the in the Wemco Club of Pittsburgh. Wilbert was preceded in death by his brothers, Chester Jr., Melvin, Benjamin, a sister, Ruth, and sister who died shortly after Birth. He was also preceded in death by Sylvia, and two grandsons,Philip "P.J" Scotts and Wilbert Shane Austin, the third. He is survived by his two sons, Shane (Yolanda), Philip (Nikita), and daughter Charita Austin-Jones, Grandchildren: Tracy Hall Berry, Sylven Austin, Avary Austin, Micheal Wise, Charita Austin, Amber Austin, David Austin, Sean Austin and Amara Austin-Smith. He is 12 great grandchildren and a host of nieces, nephews, and cousins.