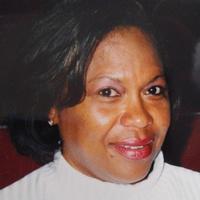 The Life of Carolyn Ann Parks

Carolyn (Carol) Ann Leslie-Parks was born to Ella Johnston and Evan Leslie on February 18, 1956 in Mullins River, Belize. Between both sides of the families, she was one of thirteen children. On the evening of April 3rd, 2019, she passed away at the Biloxi Regional Medical Center in Biloxi, Mississippi. Carol was vacationing in Biloxi with her husband Darrell when she became ill. Carol had been bravely fighting illness for the last number of years.

She was preceded in death by her parents; sisters Hortence, Gail, and Maude, and brother Wallace.

Carol attended Holy Angels Primary School in Pomona, Belize and Welsey College in Belize City. When she moved to the United States at the age of 16, she attended Manual Arts High School in Los Angeles and received her Bachelor of Arts from Golden Gate University in San Francisco. In 1974,

To those who knew her, she was a genuine person who loved and cared for others. No matter how big or small the request was, she was willing to help. Although her demeanor may be gentle, kind, and quiet, she had a spark that could light up the room and make herself memorable. She enjoyed spending time with her family and friends, taking long walks by Lake Michigan, reading a good book on her back deck with her favorite beverage, and traveling to various countries and states. Carol was a long time resident of Zion, Illinois and a member of Our Lady of Humility, Catholic Church.