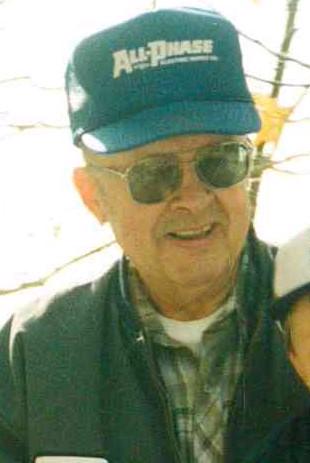 The Life of Clyde W. Spehrley

Born in Pottsville, January 30, 1933 he was the son of the late William and Dorothy Spehrley.

Clyde was a 1951 graduate of the Pottsville Area High School.  He then went on to serve in the United States Army as a Corporal during the Korean Conflict.

He was a member of Calvary United Methodist Church, Lewistown Valley.

Clyde worked as a parts salesman for several General Motors dealerships for over 42 years.  He retired from Bob Weaver Chevrolet in 2002.

Clyde also owned an operated a Christmas tree farm on his property for his entire life from when his father started the farm the year Clyde was born.

In addition to his parents Clyde is preceded in death by his wife of 54 years, Elizabeth M. Spehrley.  He is also predeceased by their son William C. Spehrley who passed away in 1971 and a sister, Dorothy Jean Kinsinger.

A Celebration of Life Service will be held on Tuesday at 11:00 A.M. at Grabowski Funeral Home, Schuylkill Haven.  Pastor Susan Moore will officiate.  Family and friends are welcome from 9:30 A.M. until the time of services.  Interment with military honors will follow on the grounds of Schuylkill Memorial Park, Schuylkill Haven.  In lieu of flowers the family asks that donations be made to The New Ringgold Ambulance Company, 1748 W Penn Pike, New Ringgold, PA 17960 or the Community Fire Company of New Ringgold, 25 E Railroad Ave, New Ringgold, PA 17960.  Memories and condolences can be shared at www.grabowskifuneralhome.com