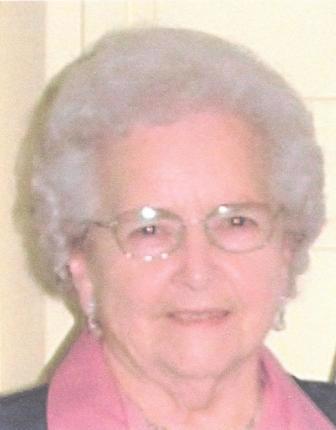 The Life of J. Virginia Schaeffer

J. Virginia (Glasser) Schaeffer, 92, of Phoebe Berks Village, formerly of Rockland Township, died peacefully, Friday, May 10, 2019, in Village Commons at Phoebe Berks Village, under Hospice Care. She was the loving wife of Harold H. Schaeffer. They were married October 20, 1956. Born in Oley, Virginia was a daughter of the late Russell C. and Mae (Mathias) Glasser. Ginny was a former member of New Jerusalem United Church of Christ, where she served as church organist and choir director for 45 years. She also served as the church secretary for 40 years. Following retirement, Harold and Virginia relocated to Phoebe Berks, where they became active in the community. Virginia volunteered as an organist and pianist at Phoebe Berks when needed, and they joined Zion United Church of Christ, Womelsdorf. Virginia began serving that congregation as its organist from 2005 until June 30, 2018. J. Virginia was a graduate of Oley High School, Class of 1944 and a graduate of Reading Business Institute, Class of 1945. Virginia worked as a secretary in the Office of Berks County Superintendent of Schools from 1950 to 1971, then the office changed to Berks County Intermediate Unit where Virginia continued to work until her retirement in 1988, after serving a total of 39 years. Virginia served as secretary to the Pennsylfawnish Deitsch Fersommling fon Baerricks Kounty for many years as well as ticket chairperson. At Phoebe, Virginia played piano with the Phoebe Phive Group and participated in playing with First Phoebe Piano Quartet.

The family would like to express their sincere appreciation to the staff of Phoebe Berks for the kind compassionate care Virginia received and Harold continues to receive since their arrival there over 14 years ago.Virginia is survived by her loving husband of 62 years, Harold, and several cousins.

Funeral services will be held on Wednesday, May 15, 2019, 10:30 a.m. in the Chapel at Phoebe Berks Village, 1 Reading Drive, Wernersville, PA, with Reverend Leah Knox, Chaplain, Phoebe Berks and Reverend Mary Etta Mest, Pastor, Zion U.C.C., Womelsdorf, Co-Officiating. Interment in New Jerusalem Union Cemetery, Fleetwood. Relatives and Friends are invited to a viewing on Wednesday in the chapel from 9:30 to 10:30 a.m.

Ludwick Funeral Homes, Inc., Kutztown, is in charge of arrangements. Memories and condolences may be shared at www.ludwickfh.com.

Virginia was the Best Choir Director that Anyone Could ask for! She was terrific on the Organ and Piano! I enjoyed singing in the Choir with her husband, Harold! You will be Missed by Many! May You Rest in Peace, Virginia! With Love and Respect , Jim Althouse