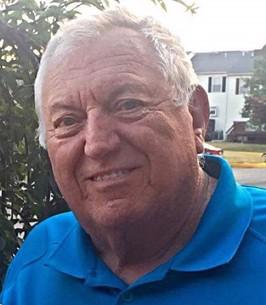 The Life of William L Keeny

Born in Pottsville, PA and a resident of Palm, PA, Bill graduated from Pottsville High School where he was a three sport athlete. He went on to play football and baseball at Muhlenburg College and graduated with a degree in education. He continued on to his Master’s degree from Lehigh University. Bill began his teaching profession at Liberty High School in Bethlehem, then Pottsville High School in Pottsville, PA and later moved to Upper Perkiomen High School where he taught for 38 years. In addition, he served as an assistant principal and athletic director, but was most noted for his leadership serving as the head football coach from 1960-1980.

After his retirement, Bill went on to coach football at Kutztown University as an assistant for 20 years. He was the linebackers coach for his oldest son Dave. Bill also served as an assistant coach for Bensalem High School and William Tennent High School with his youngest son Biz. Bill was inducted to the Pennsylvania Football Coaches Hall of Fame and later into the Upper Perkiomen Hall of Fame.
Bill was forever devoted to his family. A loving husband, father and grandfather, he enjoyed countless trips to sports competitions in support of his grandchildren. An avid sports fan, he also enjoyed fishing, tax preparation, spending time at the beach, or going out to dinner with his wife Shirley and daughter Lynn. He was a member of New Goshenhoppen U.C.C. and served in the Army Reserves.
Bill is survived by his wife of 60 years Shirley (Cody) and his three children: David (Trina) of Virginia Beach, VA, Lynn Robinson of Gilbertsville, PA and Biz (Jenn) of Warminster, PA. Eight grandchildren: Erica, Kayla, Jill, Brandon, Matt, Justin, Sara and Cody. Sisters in law: Janet Swartz of Newark, DE and Dorothy Savage of Breinigsville, PA and brother in law George Cody of Pottsville, PA. He is predeceased by his parents Lloyd C. and Anna (Berger) Keeny.

A visitation will be held from 6:30 PM to 8:30 PM on Wednesday, April 17, 2019 at Mann-Slonaker Funeral Home, 222 Washington Street East Greenville, PA 18041. A Celebration of his Life will be planned at a later date. Offer sympathy to the family at www.mannslonakerfuneralhome.com

In lieu of flowers, a donation fund will be set up at a later date along with his Celebration of Life. Interment will be private.