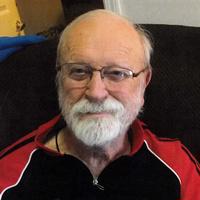 The Life of Donald Eugene Harmon

Don was predeceased by Joyce, his wife of 53 years, his son Gary Michael Harmon, and great-grandson Jace Boxberger.

Don was extremely proud of his 40-year career with Santa Fe Railway, from which he retired in 1988. He was also a 60-year Mason and 52-year Shriner. During his tenure with Shriners, he took great enjoyment in being “Choo Choo the Clown” where he took pride in making children smile. Don would volunteer at hospitals and greeted families as they walked out of stores and gave balloon animals to the children. He was also extremely proud to publish two books that featured his postcard collection of the Santa Fe Railway and the history of Topeka, Kansas.

In lieu of flowers the family requests donations be made to Shriners Hospitals for Children sent in care of White Funeral Home and Crematory, P.O. Box 890, Cassville, MO 65625.

Private family burial will be held on Wednesday, June 19, 2019, at Olathe Memorial Cemetery in Olathe, Kansas.

Cremation arrangements are under the direction of the White Funeral Home and Crematory, Cassville, Missouri.