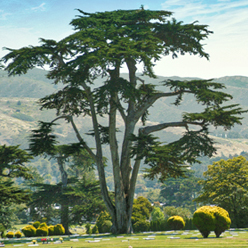 The Life of Belva Mae Harrison

Belva Mae Moore was born on May 21, 1923 in Sandy Ridge, Pennsylvania to her parents, Guy and Margaretta Moore.

The family later moved to the Williamsburg, PA area, where Belva's father worked as a law enforcement officer and

eventually as town sheriff. Belva and her sister Betty were close, and some might say a bit wild. An instance when the

girls had a run-in with the police at a bar their father had told them to stay away from, as he was planning a raid on it,

was an indicator that perhaps Belva was not to be a simple small-town girl. After graduating from Williamsburg School,

she worked in Baltimore, and later had a daughter she named Dixie Lee (after Bing Crosby's wife). Hungry for a

Belva's daughter Dixie lived in Williamsburg, where she was raised by her grandparents and her aunt Betty. In 1986,

Belva was widowed and reunited with her daughter. Belva embraced Dixie and her children, Amanda and Andrew,

Dixie's husband Richard, and his children, Brian and Kristen. She was deeply grateful to have this family around her.

Belva had a great sense of humor, loved dogs, country music, and pork rinds. She had a deep faith in God, and loved

Billy Graham. She was a member of the Grand Avenue Baptist Church in South San Francisco: after moving to St. Paul

to be with her daughter, she attended St. Paul UCC on Summit Avenue. Belva passed away on November 5, 2018

at the age of 95: she will be deeply missed by her friends and family.

Street at County Road B. Visitation will take place from 2 - 3 PM Sunday November 11th at the Funeral Home.

In lieu of flowers, memorials may be given to St. Paul UCC on Summit Avenue, or the Good Samaritan Society-