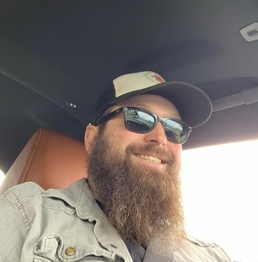 The Life of NICHOLAS A FLORIANI

Nicholas “Nic” A. Floriani, 31, of Orangeville, passed away unexpectedly on Thursday, November 3, 2022.

Born in Reading to Rosemari J. (Eiswert) Floriani and the late Thomas A. B. Floriani, Nic attended St. Margaret’s School and graduated in 2010 from Holy Name High School where he played soccer and competed in track and field. He went on to graduate from Penn State in 2014 with a degree in Mechanical Engineering. He accepted his first professional position with Triad of Grand Island, NE, where he worked from February 2015 through February 2018. In March 2018 Nic moved back to PA to be closer to his family and he accepted a position with Dyco of Bloomsburg.

Nic was brave, outgoing, and cheerful with a good sense of humor. He formed close bonds of friendship wherever he went and will be greatly missed by everyone whose life he has touched.

Left to treasure Nic’s memory is his mother, Rosemari, of Shoemakersville; his maternal grandmother, Carol Eiswert of Camp Hill; his many aunts, uncles, and cousins on both sides of his family; and the many friends and colleagues. In addition to his father, Thomas, Nic was predeceased by his paternal grandparents Elnor and Basil Floriani, his maternal grandfather Frederick Eiswert, and his uncle Patrick Floriani.

Filter NICHOLAS A FLORIANI's Timeline by the following Memory Categories