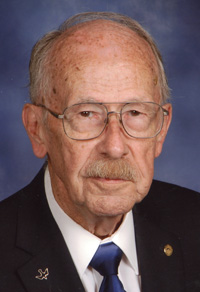 The Life of CHARLES GRANT TEFFT

Charles was born on July 10, 1932 in Des Moines, IA and passed on December 4, 2017. Charles was loved by many and will be dearly missed by all his friends and family. Charles was a graduate of Des Moines Tech High School and a graduate of Iowa State University with a degree in Electrical Engineering. He worked as Principal Engineer for Iowa Power and Light (MidAmerican Energy) and for the State of Iowa in the Commerce Commission.Later in his life, having been an active member of the United Methodist Church, he attended the seminary at Northwestern University in Chicago. After which he served as Pastor to the people of George, IA., Archer, IA., and Merrill, IA. He officially retired in 2003. After retirement, he continued to serve the Lord as Minister of Visitation for Ankeny First United Methodist Church.He was married to his wonderful wife Daphne for 63 years.Charles is survived by his wife Daphne, their 3 sons, Charlie, his wife Beth, Frank, and Bob and his wife Cheri. He is also survived by his grandchildren, Nate, Brandon, Cameron, Hal, Zak, Jessica and Justin and his great grandson Michael. Preceded in death by his parents, Paul and Dorothy, his grandson Aaron, his granddaughter Jaimie and his daughter-in-law Michelle.The family asks in lieu of flowers to send any contributions in his memory to Hospice of Central Iowa, or the family.Services will be held at First Methodist Church in Ankeny, Thurs. Dec.7, with visitation at 1:00 pm and service at 2:00 pm.