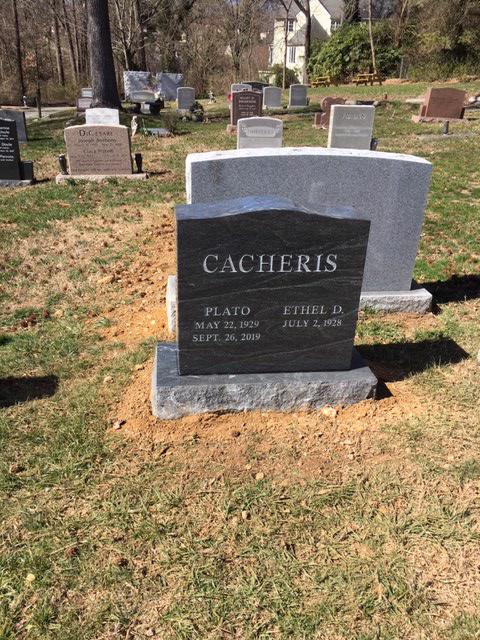 The Life of Plato Cacheris

Of Alexandria, Virginia died September 26, 2019. He was born on May 22, 1929 in Pittsburgh, Pennsylvania, the son of Greek immigrants Chris John Cacheris and Phaedra Economou Cacheris. He is survived by his wife of 64 years, Ethel D. Cacheris, daughter Lisa Cacheris Burnett (Tracy), son Byron, brother James Cacheris (Sally), granddaughter Nora Burnett, sister-in-law, Helen Cacheris, and a host of nieces and nephews. His older brother, John Cacheris, predeceased him. Plato graduated from Georgetown University’s School of Foreign Service in 1951, and served in the Marine Corps during the Korean War. He graduated from Georgetown’s law school in 1956. After a stint as a prosecutor in the Justice Department, including becoming the first assistant U.S. Attorney for the Eastern District of Virginia, Plato entered private practice as a criminal defense attorney and never looked back. He represented some of the most high-profile clients of his era, including Attorney General John N. Mitchell during Watergate, Representative Michael Myers during Abscam, Fawn Hall during Iran-contra, Monica Lewinsky during the Clinton affair, and Aldrich Ames and Robert Hanssen in espionage cases. In addition to his newsworthy clients, Plato gave graciously of his time and expertise to anyone who needed his help. Plato lived life with gusto, reaching the pinnacle of his law practice, traveling to exotic locales, reading voraciously, playing tennis into old age and watching any available NFL game. Always modest in his private life, his favorite times were those spent with his beloved family and friends, a bonus when the venue was Bethany Beach. He will be dearly missed, and he will live on in the memories of his loving family, friends and colleagues. A private graveside service is planned.