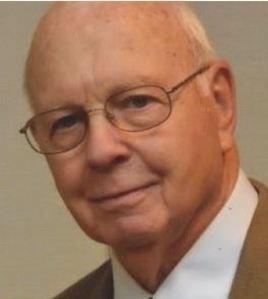 WRIGHT, Wiley R. Jr., 88, a resident of Lynchburg, Virginia, died October 27, 2020. He was preceded in death by his parents, Wiley R. Wright and Gertrude D. Wright; his son, Andrew C. Wright; and his sister, Gertrude (Trudy) W. Compton. Wright, who was born in Seattle, Washington, moved to Northern Virginia in 1949. Although he soon developed a strong allegiance to his new home in Virginia, he never lost his fondness for a place called Three Tree Point, located on the shores of Puget Sound, where he spent many happy days in his youth. In 1996 Wright and his wife, Roberta (Bo) moved from Alexandria, Virginia to a waterfront home overlooking Myers Creek, a tributary of the Corrotoman River, in Lancaster county, Virginia. In 2015 Wright and his wife moved to Westminster Canterbury in Lynchburg, Virginia.Wright graduated from Washington-Lee High School in Arlington, Virginia in 1950. He attended undergraduate and law school at Washington and Lee University in Lexington, Virginia, receiving a B.S. degree in commerce in 1954 and an LLB in 1956. He served as president of his social fraternity, Phi Gamma Delta. A frequent participant in student organizations and activities, he was elected in Omicron Delta Kappa, the national leadership honor society.After graduation from law school, Wright served for two years as a legal officer in the U.S. Army, during which time he acted either as a prosecutor or defense counsel in numerous court-martials. Upon completion of his military service, Wright served for a year as law clerk to the Honorable Albert A. Bryan Sr., who was then a United States District Judge for the Eastern District of Virginia.In 1959, Wright began private practice of law with the Alexandria firm of Clarke, Richard, Moncure and Whitehead. In 1968 he was appointed to a newly-created seat on the Alexandria Corporation Court, which in the 1973 Virginia court reorganization became the Alexandria Circuit Court. Wright served as Chief Judge of the Circuit Court from 1979 to 1984.Citing growing family responsibilities and modest judicial compensation, Wright reluctantly resigned from the Alexandria Circuit Court in 1984 and joined the Alexandria law firm of Thomas and Fiske, later to become Hazel and Thomas. He practiced primarily in Northern Virginia until his retirement in 1996, specializing in complex civil litigation. After retiring from the practice of law, Wright served as a substitute circuit court judge in various jurisdictions throughout Virginia.Both as a practicing attorney and as a sitting judge, Wright participated in numerous professional organizations and activities. He served as vice chairman of the Judicial Conference of Virginia and as a member of the Judicial Council of Virginia. He was a Fellow of the Virginia Bar Foundation and of the American Bar Foundation, served as a member of the Virginia Bar Council and was also a member of the 4th Circuit Judicial Conference, the George Mason Inn of Court and the Boyd Graves Conference.Interested in professional education, he was a frequent lecturer on trial tactics and alternative dispute resolution. He served as Associate Reporter of the "Virginia Benchbook for Judges and Lawyers." He was listed in "Who's Who in America" and "Who's Who in American Law."In 1995 Wright affiliated with JAMS/ENDISPUTE, a nationwide provider of alternative dispute resolution services, and acted as Director of Professional Services for Virginia. He mediated cases in Virginia, Washington, D.C., Maryland, Pennsylvania, North Carolina and Florida. In 1998 he joined the McCammon Mediation Group, headquartered in Richmond, Virginia. Known for his patience and persistence, he successfully mediated many challenging cases, thereby saving the litigants from the uncertain outcome and expense of a trial.Wright was a devoted member of the Episcopal church, and served his church in many capacities, including Sunday school teacher, Boy Scoutmaster, lector, usher, vestryman, senior warden and trustee. He was a member of Christ Church in Alexandria for many years before moving to the Northern Neck. While living in the Northern Neck, he was a member of St. Mary's Whitechapel and he joined St. John's Episcopal Church upon moving to Lynchburg. As a resident of Westminster Canterbury, Wright served as a board member of the Westminster Canterbury Foundation and as chairman of the Resident's Council.Wright is survived by his devoted and caring wife, Bo; their three children, Catherine W. Coyle, Amy W. Schott and Susan W. LaValle; and by two children of his marriage to Sally C. Wright which ended in divorce, Wiley R. Wright III and Margaret W. Chekan. He is also survived by 15 grandchildren, two great-grandsons and four nephews. Family was the centerpiece of his life, and he lamented the fact that distance and busy schedules prevented him seeing them more often.Wright was passionate in his love of the outdoors and the splendors of nature. An avid boater and fisherman, he delighted in being on the water, especially with family and friends. In addition to the foregoing, his favorite pastimes included reading, listening to music and walking. While living in the Northern Neck, he was an active member of the Yankee Point Racing and Cruising Club.Wright passed away peacefully surrounded by his five children and eldest grandson. A private family graveside service is planned. A Celebration of Life reception will be held at a future date.