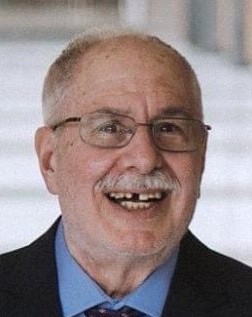 The Life of Anthony Albert Napoli

Born in the Bronx, Anthony ("Tony") Napoli graduated from Saint Helena High School, NY in 1963. He worked for the Manhattan and Bronx Metropolitan Surface Transportation Operating Authority (MaBSTOA) for 25 years. After retiring, he worked at the Paramus DMV for ten years.

A resident of Maywood, NJ for 43 years, Tony was a proud husband and father who loved life to its fullest. He was usually the life of every party with his infectious laugh and practical jokes. He enjoyed vacations at the Jersey Shore, Aruba, and New Hampshire. His MaBSTOA colleagues were like brothers to him, with loyal friendships enduring until the very end. He loved fishing trips, pig roasts, horseshoe throwing, Dude Ranch trips, and other activities with fellow members of the American Legion Post 142. He cherished deer hunting with his son and other fellow Maywoodians. A lifelong, passionate Yankees fan -- with a forearm tattoo to prove it – his love of baseball transferred to his daughter, who carries on the tradition. Not least he loved seeing his two grandchildren and hearing of their accomplishments and troublemaking exploits.

Tony served in many roles throughout his life, to include: US Army during the Vietnam War (1967-1968); two terms as Councilman in Maywood; local Selective Service Board; Maywood Republican Club; a variety of roles at the American Legion Post 142; Executive Board of the Transport Workers Union (TWU) Local 100; SEIU Local 518 Executive Committee representing motor vehicle inspection workers; weekly religious education teacher at Our Lady Queen of Peace; and little league baseball coach.

In 2014, Tony moved to Burke, VA to be closer to his children and grandchildren. He received excellent round-the-clock care from his home health care aide, Janet Kuru, who became like family.