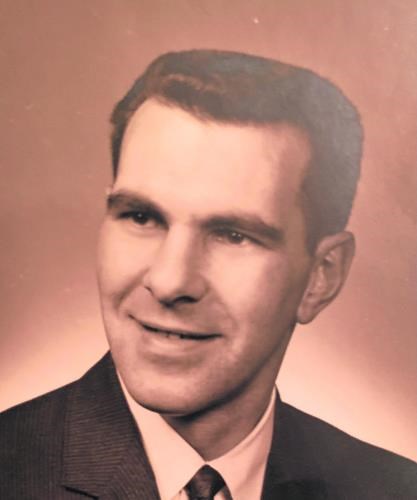 The Life of EDWIN L ZELTZER

Edwin Leo Zeltzer, 87, of Wernersville, passed away Friday, September 23, 2022 at 10:30 pm at Phoebe Berks Healthcare Center.  He was the husband of the late Dorothy A. (Kramer) Zeltzer who passed away July 1, 2017.  Born in Erie, Mr. Zeltzer was the son of the late Dr. Meyer and Esther (Burgoon) Zeltzer.  He was a devout Catholic and member of Saint Francis DeSales Roman Catholic Church.  Mr. Zeltzer was a graduate of Gannon University and served in the United States Army.  He loved bowling and was a Golden Gloves Champion in Erie and also was a runner, participating in triathlons.  Mr. Zeltzer coached Little League and Legion Baseball teams in Fountain Hill, PA; loved to golf, was a member of Knights of Columbus Council in Fountain Hill, loved animals and was a donor and volunteer for Miller Keystone Blood Bank.  Mr. Zeltzer is survived by his daughter Kathleen M. Zeltzer of Wernersville and was preceded in death by his daughter Linda M. Zeltzer, March 27, 2014.  He is also survived by his sisters Ellen O’Connor of Ohio, Julia A. Zeltzer of Erie, brothers Robert F. Zeltzer and Dr. Charles T. Zeltzer both of California and was preceded in death by his brother Dr. Paul J. Zeltzer.

Funeral Procession will depart Bean Funeral Home, 3825 Penn Ave. Sinking Spring, Friday, September 30, 2022 at 11:15 am.  Mass of Christian Burial will be celebrated at 12:00 pm at Saint Francis DeSales Roman Catholic Church 321 North Church Street, Robesonia.  Interment will follow at Gethsemane Cemetery.  The family will receive relatives and friends at Bean Funeral Home Friday from 10:15 am to 11:15 am.  Floral arrangements will be appreciated or contributions may be made to Alzheimer’s Foundation of America 322 Eighth Ave. 16th Floor, New York, NY 10001 in memory of Mr. Edwin Leo Zeltzer.  Online condolences may be made at www.beanfuneralhomes.com